I am Kuet Ean Pheng, or better known as Peng Jie, who is a gracious confinement nanny that works with a positive attitude. I learnt my confinement skills while helping my mother, who is now retired, with her confinement care jobs. I am well-equipped from my five years working as a full-time confinement nanny and would like to use my knowledge to help new mummies in their transition after birth. I am willing to take on household chores and am a great cook of traditional confinement foods as well as western cuisine. Some of my best dishes are Double Boiled Pao Shen (American Ginseng) Black Chicken Soup, Fish Fillet with Spinach and Wolfberries and Fish Tail Broth with Papayas. I will make mummies’ recuperation seem effortless. I can speak Mandarin, Hokkien and basic Malay and will be available from April 2017 onwards. 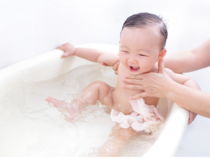 Kuet Ean Pheng
I am Kuet Ean Pheng, or better known as Peng Jie, who is a gracious confinement nanny that works with a positive... (More Details)
No reviews yet.     0 Reviews